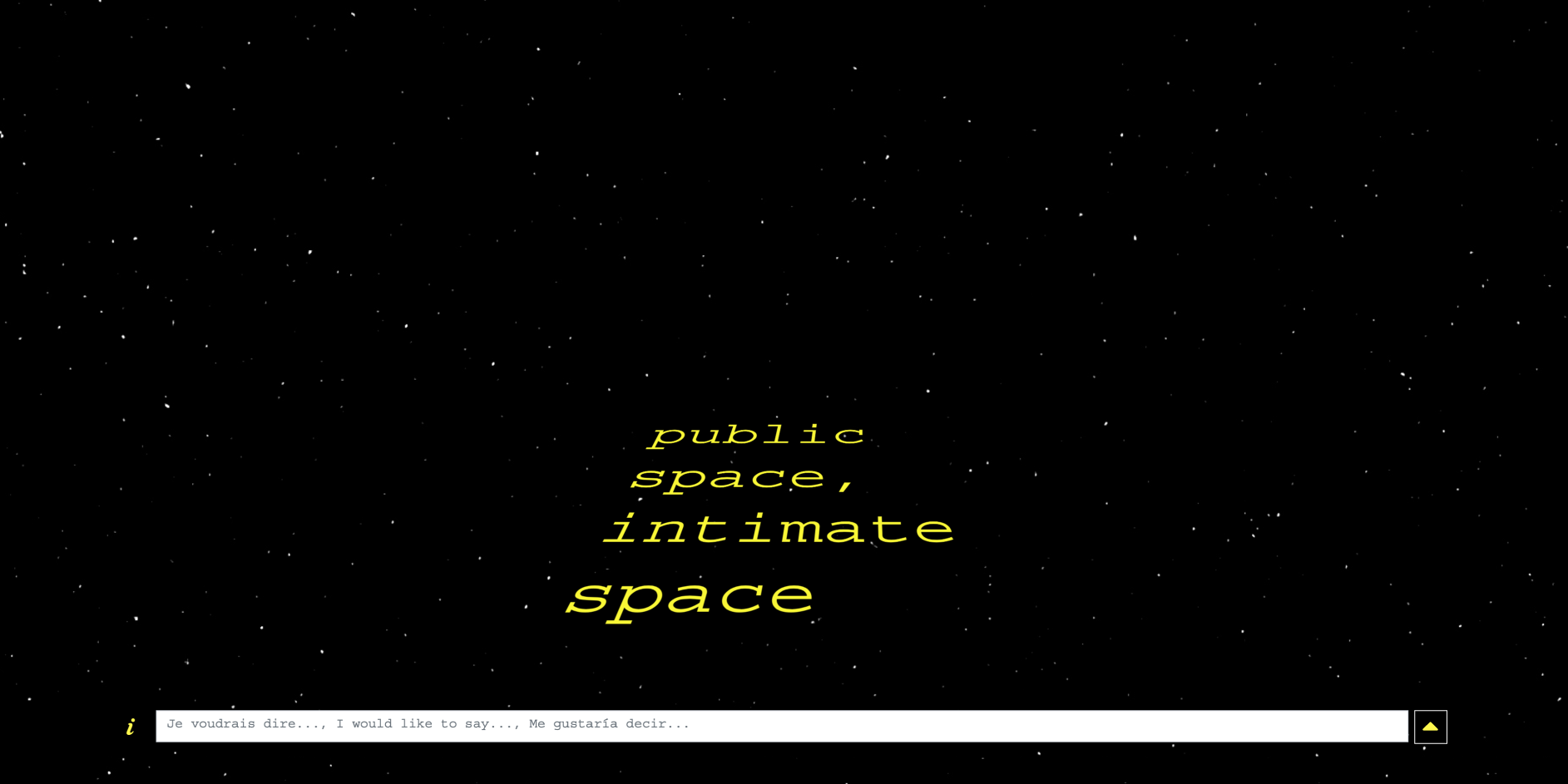 SENT is a polymorphic series in which the user is invited to surrender himself in a digital universe and to send his message in a graphic evoking infinity and solitude. The work questions the notion of intimacy, its limits and its definition in the digital space.

GO TO THE INTERACTIVE ARTWORK

Sent.vidyakelie.com is an interactive digital website offering the guarantee of untracked and unstored messages that questions the place of personal and private thought in the public digital space.

Use of the artwork Sent.vidyakelie.fr, 2021

RECEPTION OF COMPLAINTS in a mall in Arcueil

A short video…  of the wishes of some people the Artist met at Arcueil. Project made in a résidency with Kind of kind collective, Le lieu de l’autre, Mars 2020

This film sends the life goals of the inhabitants of the shopping center “la vache noire” in Arcueil, France, on March 03, 2020 into space.

This information collected on small papers by the artist tries to be heard beyond the earth. The representation of the man of 2020 through this film reveals a fragility. The popularity of the conquest of space flirting with the simplicity of these wishes are exposed in divergent objectives and reveal a disorder that exists among men on Earth at the beginning of the third millennium.

As a metaphor for the exercise of art exhibition, the film SENT uses the desire to share its secrets to create opportunities for sharing and the fear that the message discovered may prevent its realization. Vidya-Kélie gently transfers these wishes into a dimension that escapes intimacy and superstition and now confronts the judgment of the other in the widest possible way including the extra-terrestrial, the non-human, the unknown.