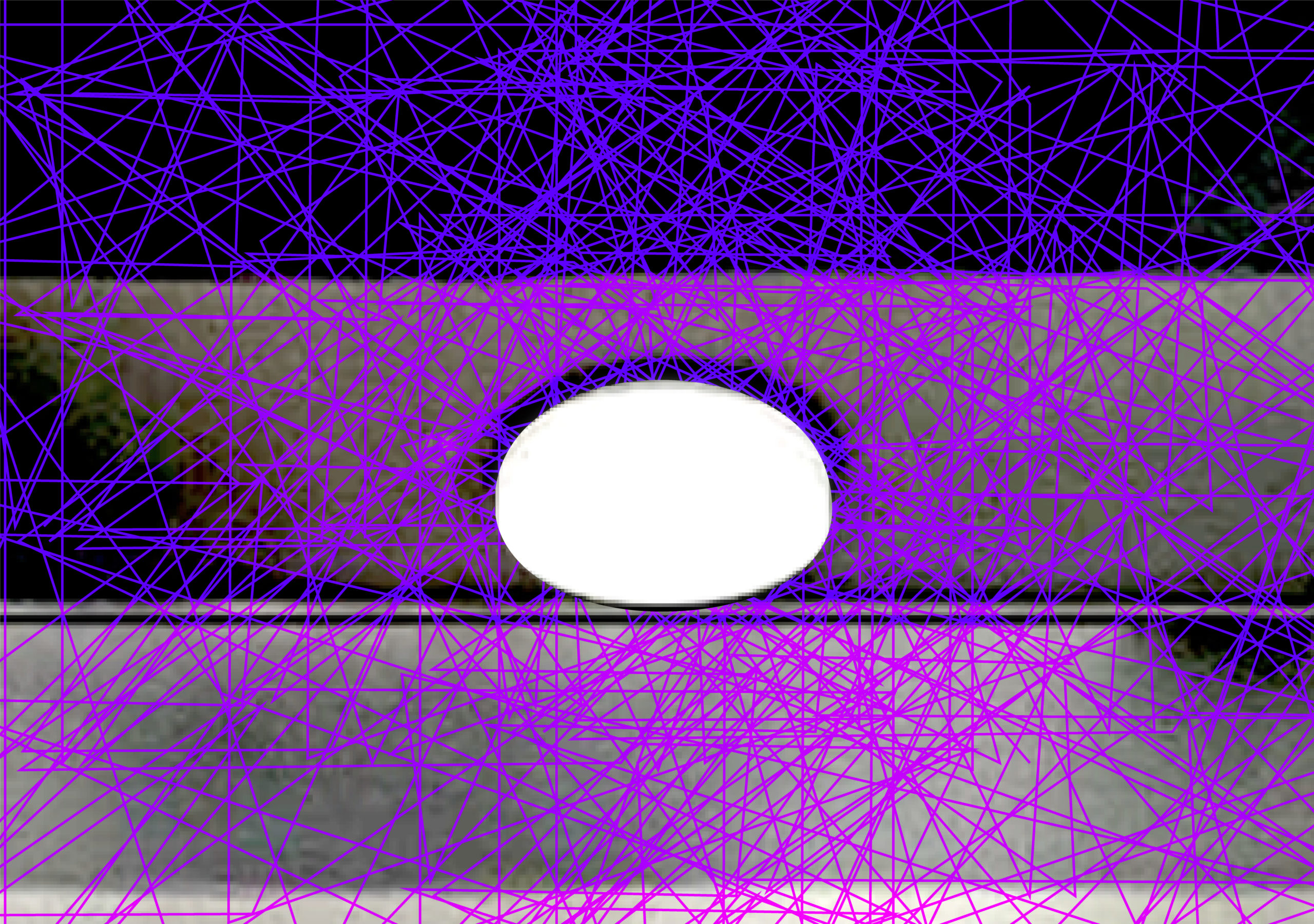 L.A.M.P. is exhibited as an opportunity, not as an event. In an anthropocentric nature where rhizomes are cables ; this invisible 3 kilometre long installation between two spaces, introduces itself without trappings into the architecture, augmenting the buildings that now offer an extra-sensory immersion revealing the metaphysical connections of our universe.

*Entanglement is a quantum phenomenon in which at least two particles share the same properties. When the state of one of them is measured, the other entangled particles instantly take the same value, regardless of the distance between them

Whether on the scale of the cosmos, with the famous “interstellar void”, or on that of the atom, the existence and even the omnipresence of the void is obvious to the modern mind. It is hard to imagine that this idea has taken thousands of years to establish itself, with philosophers and scientists, from Aristotle to Descartes, endeavouring to deny the existence of the void. And certainly, since the void is nothing, how could it exist?

With the pedagogical talent that has made his many books so successful (including The Cosmos and the Lotus, Albin Michel, 2011), the famous astrophysicist Trinh Xuan Thuan retraces for us the great odyssey of the void. Starting with the fascinating story of the invention of the zero from the East, he takes us through the birth of experimental science with Galileo and Pascal, and leads us, through the theories of relativity and quantum mechanics, to contemporary physics. The latter has shown that the vacuum is not an inert nothingness, since ephemeral particles, such as the Higgs boson, can emerge from it. This ‘fecundity of the void’, which we are discovering today, is partly in line with the intuitions of the Taoist and Buddhist traditions, as the author shows at the end of his book.